Designed to house two 3.5” SATA drives, this compact RAID storage enclosure makes it easy to either increase your storage capacity, backup your data or create a high-performance storage volume for video editing. The USB 3.1 Gen 2 interface assures super-fast transfer rates of up to 10Gbps and with the USB-C connector, the NT2 U31C is compatible with USB 3.1 as well as Thunderbolt 3 computers.

By incorporating the latest SuperSpeed USB 10Gbps (USB 3.1 Gen 2) technology, the NT2 U31C is able to deliver up to twice the speed of the USB 3.1 Gen 1 and the older USB 3.0 devices. The USB-C connection is compatible with both USB 3.1 and Thunderbolt 3 computers. At the same time, when using the included USB-C to USB Type A adapter cable, the device is still backwards compatible with the widely used USB 3.0 and even USB 2.0 technology. 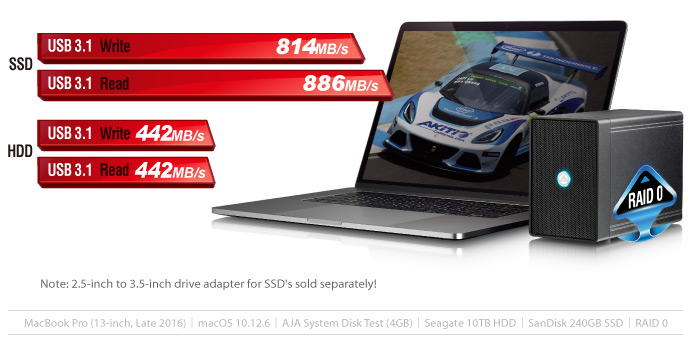 This dual-bay storage enclosure is designed to house up to two 3.5-inch SATA drives with the option to create a RAID set according to your own preferences. The small footprint makes this the ideal storage expansion for your crowded desktop. 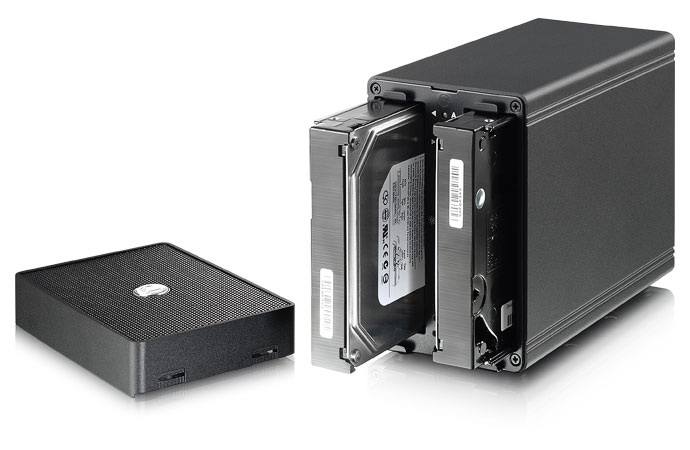 Utilizing the built-in hardware RAID controller, you can mirror the drives as a reliable backup for your important data, stripe the drives for optimal disk speeds or you can combine the drives for a large storage volume. Setting it to Non-RAID, the drives can be seen and managed as two individual disks. 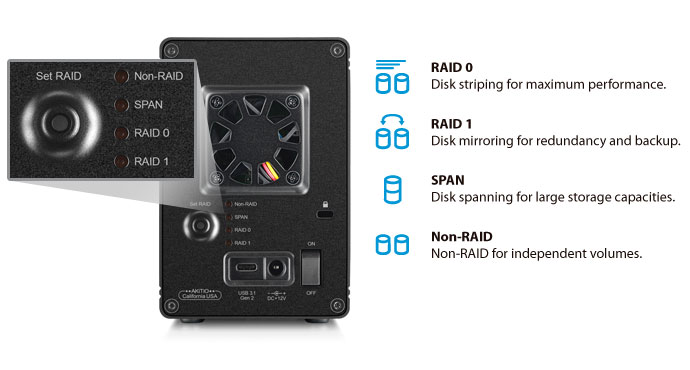 Results will vary depending on the test environment and the drives but in order to really experience the faster transfer rates of the USB 3.1 Gen 2 interface at speeds of up to 10Gbps, it's necessary to install two SSDs and create a striped RAID set. 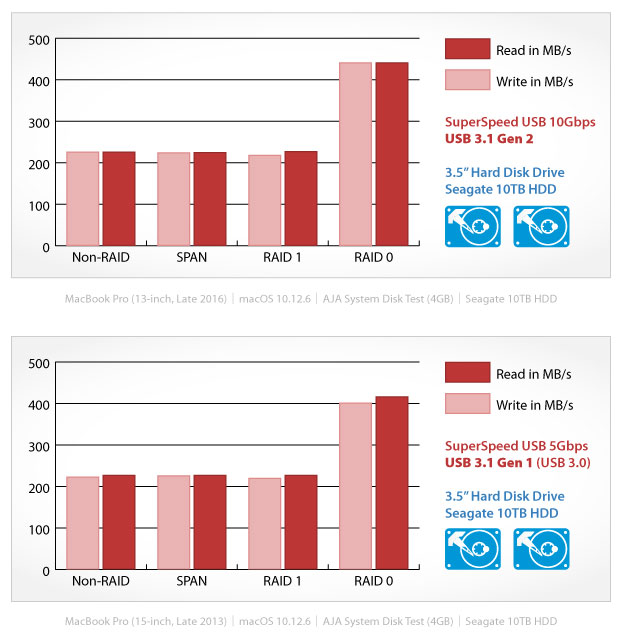 Even though the NT2 U31C storage enclosure is not designed for the smaller 2.5" drives, it's still possible to install and use SSDs with a 2.5" to 3.5" drive adapter like the Neutrino Bridge for example.

When the device is connected to a USB 3.0 computer at 5Gbps, the transfer rate is limited by the USB interface to around 400 MB/s. When it's connected to a USB 3.1 Gen 2 computer or a Thunderbolt 3 computer, the SSDs can run at full SATA 6Gb/s speed and deliver around 500 MB/s or around 800-900 MB/s when striped in a RAID 0 set. 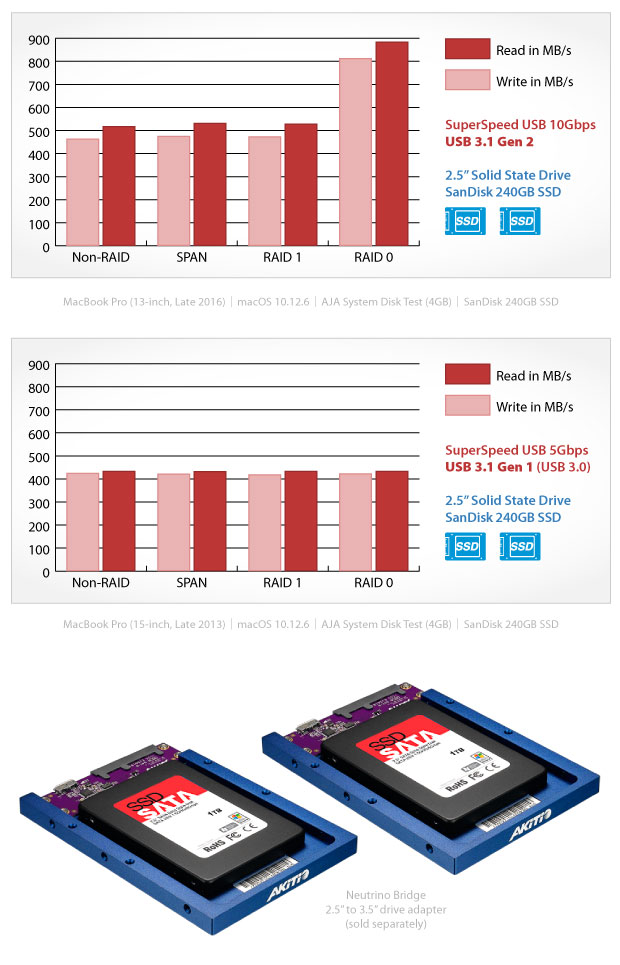